It’s taken me over two weeks to actually sit down and write about it. It was hard. It was hot, and honestly, thinking back on it, it’s almost a blur. I ran most of it with my running group friends Kat, Peggy, Debbie and Mary Jane.  About halfway through we switched from doing 2:1 intervals (running two minutes, then walking one) to 1:1s and that really helped. The heat was awful though. Thankfully, there were a couple stops where there were wet towels which were a godsend. As we got toward the end, our group started to splinter, and I ending up doing most of the last two miles on my own. Those were these longest two miles of my life!

After the race, Brent and I went to the movies to see “Infinity War.” It was nice to relax in the recliner at the theater, but when I had to get up, my legs were not happy.

So what’s next for me? I definitely don’t see myself doing a marathon again. I’m glad I did it-that I proved to myself that I could. I had a great group to run with. Hanging out with them was so much fun, and I’ve looking forward to running with them again when fall training starts. I’ve been totally lazy since the race-resting my knee. In the fall, I’m signed up to do the Smoky Mountain Half and the Urban Bourbon half in Louisville. Now I’m easing myself back into running and I’m concentrating on cross training. I’m getting back out on my bike again, doing yoga, and next week, I plan to get back to attending classes at Empower.  But for now, I’m just lazing on the couch, watching the cats play! 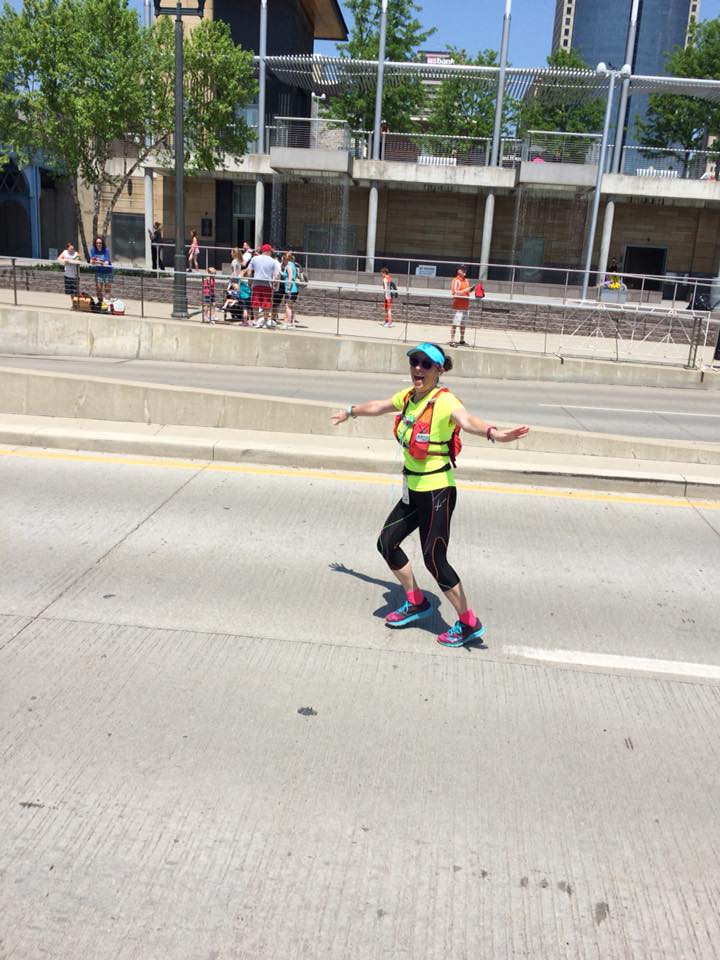 I am a runner, librarian, and mom to three furkids. I like reading, writing, going to comic and horror cons, and eating too much at Mexican restaurants. View all posts by lauradixoncaldwell